Photo above: select members of the 12th Wave at the CAP Graduation Gala

This June marked a milestone in Making Waves history: the first graduates of Making Waves Academy completed college. The sixteen 12th Wavers who graduated this summer are the first alumni of the Making Waves Academy + CAP model, which takes students from fifth grade through college graduation. And, while the national marker for college graduation is six years, these sixteen students accomplished this feat in only four years. Many members of the 12th Wave cohort will earn their degrees over the next two years.

These Wave-Makers are continuing their journey in a variety of careers, including law, consulting, medicine, technology, advocacy, and engineering. Ruben, who graduated with a degree in engineering from UC Berkeley, will be starting his career at CISCO Systems as a software engineer. Adilene, who graduated from St. Mary’s College with a degree in kinesiology and sociology, is working under the psychiatric department at UCSF as a Practice Coordinator. For many members of the 12th Wave, graduate school is in their sights. Jamaya is attending the University of Houston this fall to get her master’s degree in social work. Alexis is working as a peer counselor for an immigration lawyer while preparing applications for graduate programs in psychology. Leaje is working as a residential assistant at SMASH Academy while waiting to hear back from law schools.

The entire Making Waves community is tremendously proud of our 12th Wavers. “These members of the 12th Wave began with us in 5th grade and have persisted through to college graduation in four years. They are a true inspiration to all our students,” says Alicia Malet Klein, President of the Making Waves Academy Board.

Marco, who graduated this spring from Macalester College with a degree in political science and Latin American studies, is now working as an environmental and immigration advocacy officer in Minnesota. His younger brother, Miguel, just graduated from Making Waves Academy and will also be attending Macalester. In a feature segment on Telemundo, their mother Ana describes how Making Waves has helped make college a reality for her boys. “This has been the biggest blessing for us,” says Ana, their mother. “[I feel] pride, excitement. My sons won’t have to take hard jobs, like us, like my husband. They are going to get good jobs.” 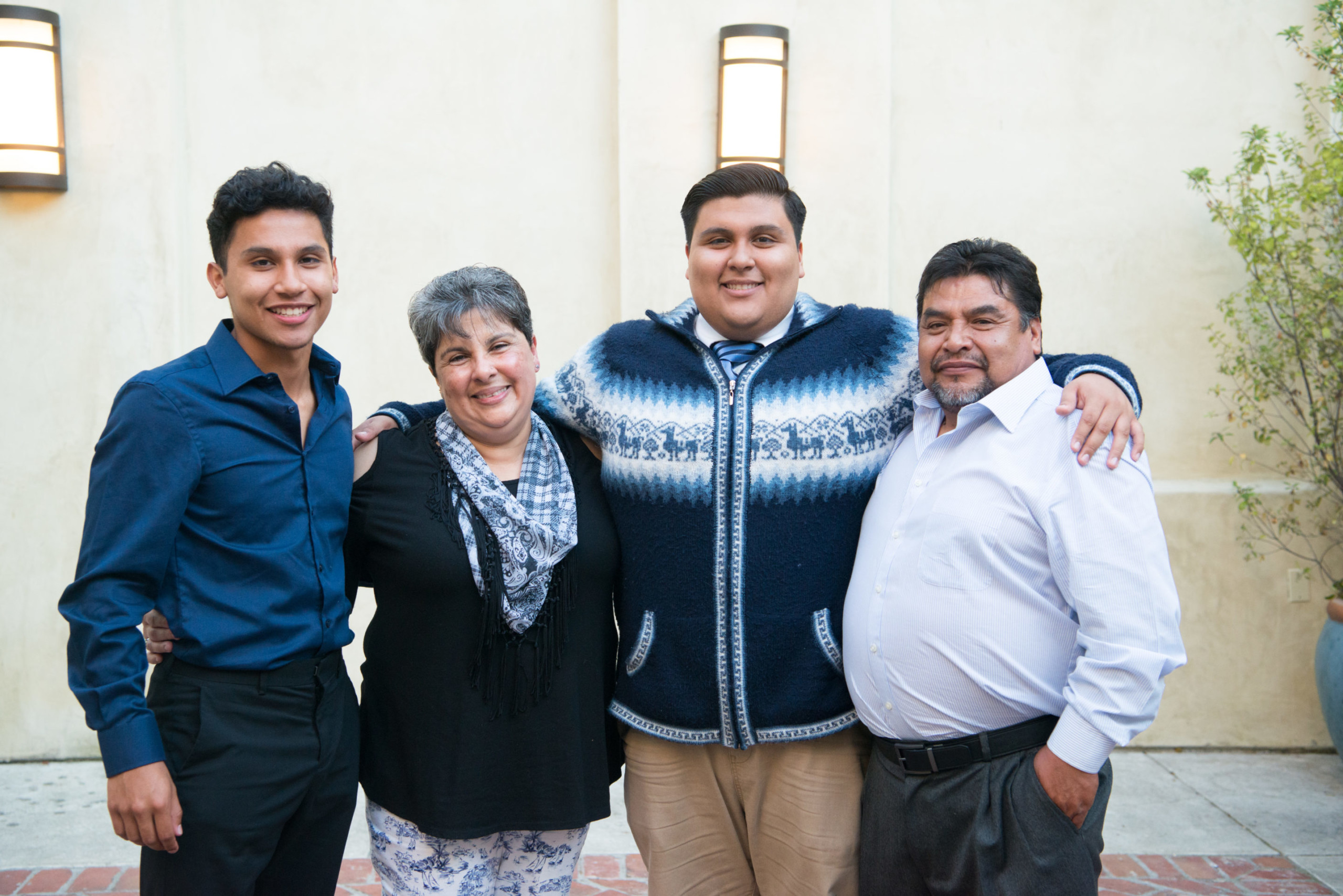 Miguel, Marco, and their parents

At the CAP Graduation Gala, Brenda performed a poem she wrote to commemorate her experience graduating from Loyola Marymount University with a bachelor’s degree in political science and ChicanX/LatinX studies. Brenda is currently working as a legal assistant at a criminal defense law firm in Los Angeles and is preparing to take the LSAT and apply to law school. 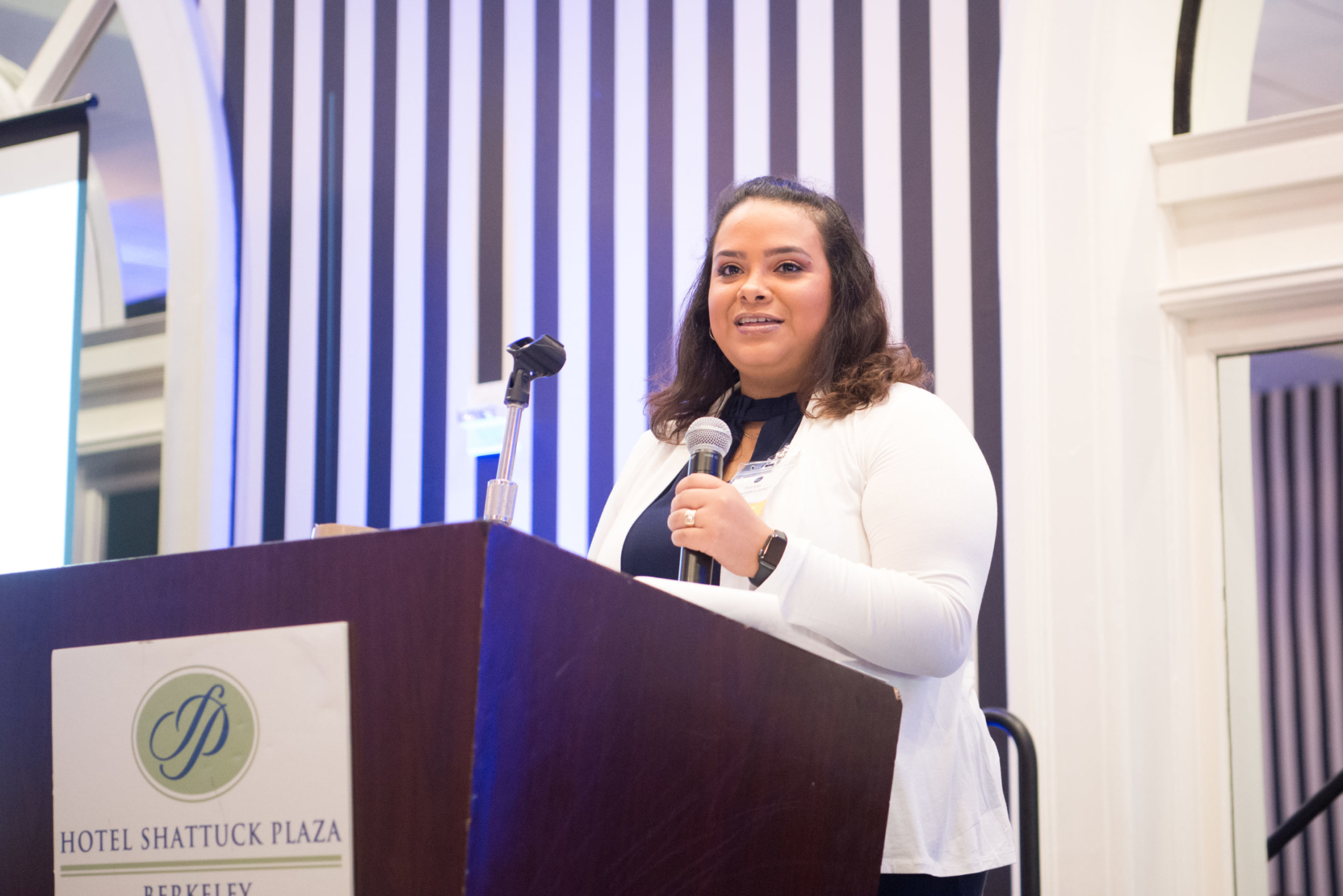 Brenda performing her poem at the CAP Graduation Gala

Being a first-generation college student

Was harder than walking on the moon

We rise like the waves my mother used to swim in

Old teachers and new professors that saw potential in us

And reminded us of it

Congratulations to all our 12th Wave college graduates, and to all of those in the wave persisting towards their college degrees.