Plans range from Harvard to Hack the Hood

With graduation coming up this June, 95% of Making Waves Academy seniors – known as the ‘19th Wave’ – are on track to graduate. On May 6, the school community joined seniors in commemorating their future plans at a decision day event during which each graduating student announced their future plans to a full gymnasium before ringing a celebratory cowbell.

Students shared a range of post-secondary plans, with the majority of graduating students planning to attend four-year colleges or universities or two-year community colleges. Others are choosing to start careers or are entering vocational training.

Across the senior class, they were accepted to all nine undergraduate University of California (UC) campuses, several California State University (CSU) campuses, and a variety of public and private two-year and four-year institutions. Through Making Waves Foundation’s college success program, CAP, Making Waves Academy graduates have the unique opportunity to receive coaching and scholarships to support them on their path to college graduation.

One graduating senior, Lizbeth, the student body president, decided to attend Harvard University, an institution that accepted only 3.19% of applicants this year – the lowest percentage in the school’s history due to a record high number of applications.

“I am most excited about getting out of my comfort zone and being able to experience something different. I am hopeful that everything the 19th Wave and I do after graduation is going to change the world for the better,” she shared.

“I chose this school because I feel that it’s important that I continue to break barriers as a low-income woman of color at a PWI [Predominately White Institution]. While I know that I’m going to have to seek resources to support me as a first-generation student in a space like this, I want to show other BIPOC [Black, Indigenous, and People of Color] kids that we do belong in these spaces,” she said.

A climate activist, Lizbeth is planning to study environmental science and engineering. She will be a first-generation college student and will be the first Making Waves Academy student to go to Harvard.

“Over the years, our graduates have been admitted to increasingly selective institutions like Harvard, Stanford, Columbia, UC Berkeley, UCLA, and USC, confirming that Wave-Makers are irresistible to these schools. For me, however, the headline goes beyond our Ivy League admits,” said Jon Siapno, director of college and career counseling at Making Waves Academy.

A continuum of pathways

“At the start of 2021, Making Waves began accelerating efforts to increase post-secondary support. We improved services for our highest academic achievers, while ramping up efforts for students on the cusp of college eligibility and for those pursuing military enlistment, jobs, trade programs, and apprenticeships,” Siapno shared.

Several students are planning to start job programs, trade or apprenticeship programs, military enlistment, gap year programs, and other career paths after graduation. For example, five students were admitted to Hack the Hood, an organization that provides youth and communities of color with skill-building and career development in the technology field.

“We are proud of the Class of 2022 and are excited to see their goals become reality. While we emphasize preparing students for college, we are committed to helping students in reaching their college, career, and life dreams by supporting a continuum of post-secondary pathways,” said Alton B. Nelson, Jr., CEO of Making Waves Academy, which was recently recognized by U.S. News as a top high school in the U.S., California, and the Bay Area, including among the top 4.5% of high schools in the U.S.

“This is many thanks to our College and Career Counseling team and all the teachers and staff who support our students,” Nelson shared.

“The Class of 2022 has worked hard to get to this point and we are so proud of their achievements. The outcomes we are seeing are also a result of this Making Waves community and the learning environment we’ve created, right here in Richmond,” Siapno shared. 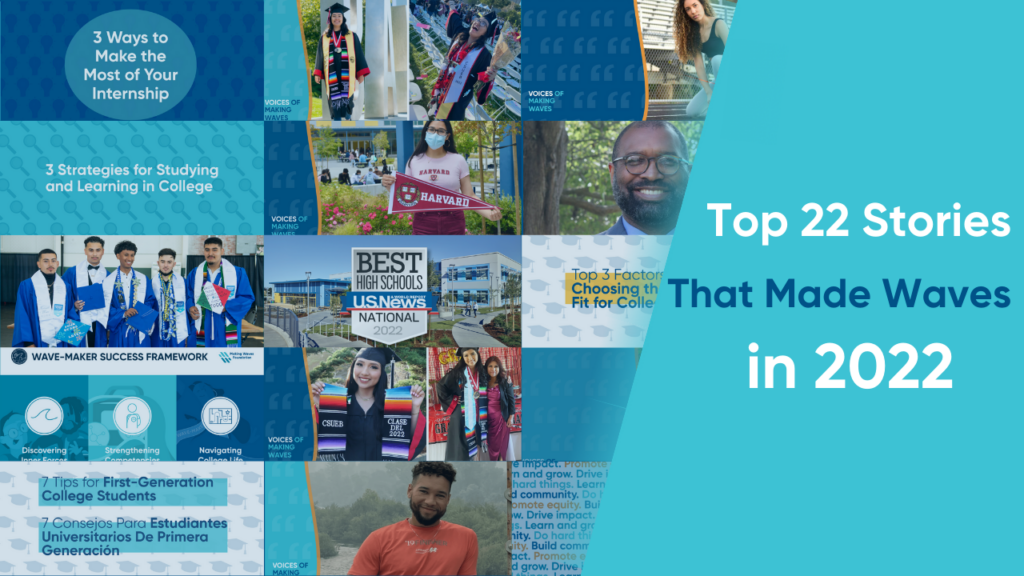 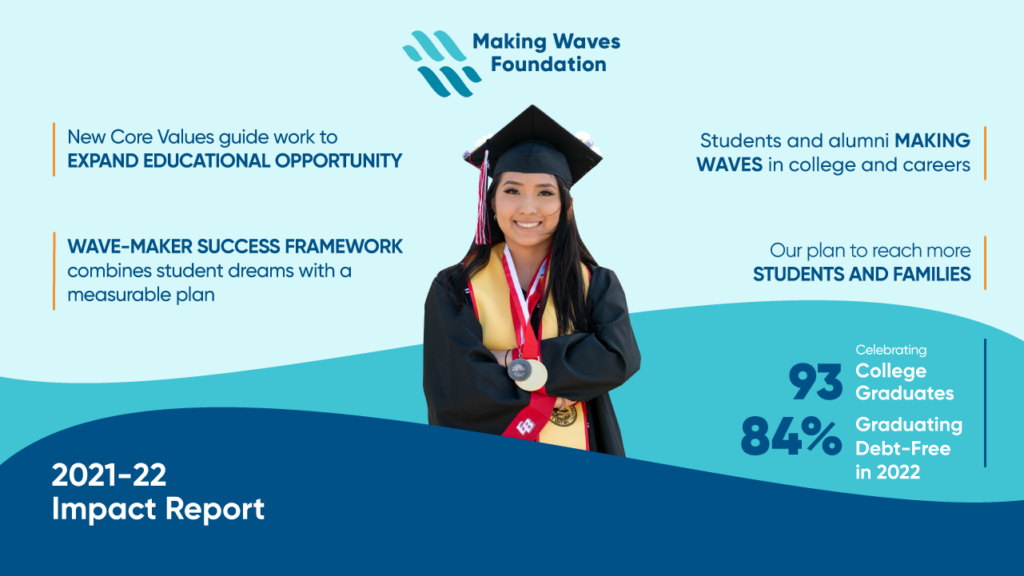 Celebrating Your Impact In Our Latest Impact Report 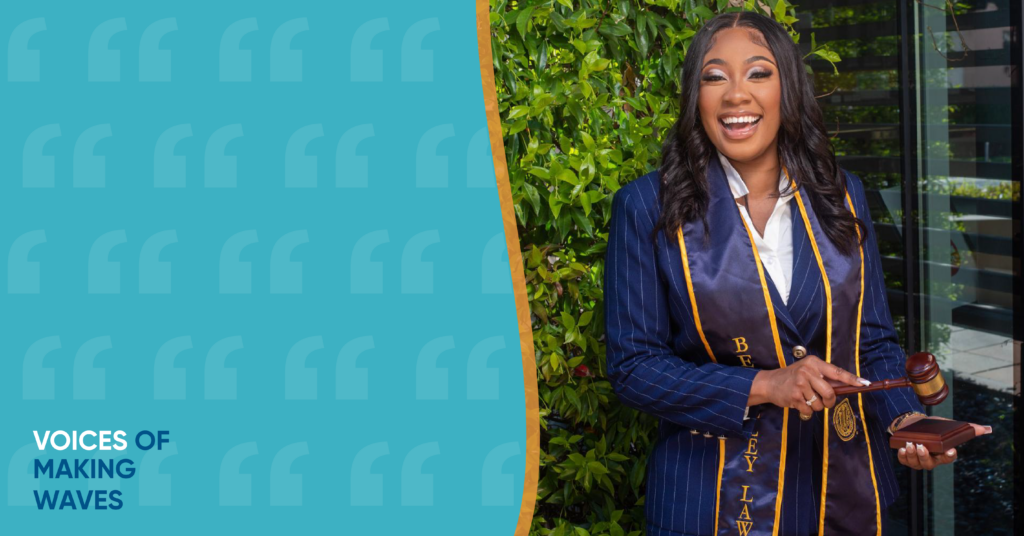 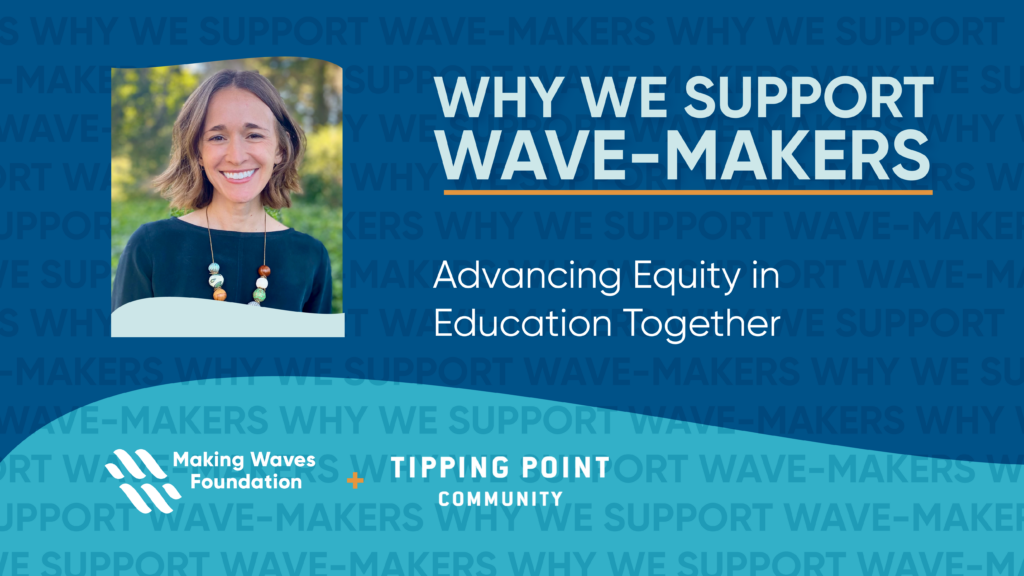 Tags: Bay Area, California State University, Career and Professional Development, College, Community College, Contra Costa County, First-Gen, Graduation, Higher Education, Making Waves Academy, Scholarships and Financial Aid, University of California
We use cookies on our website to give you the most relevant experience by using analytics to determine which content is most useful to our users. By clicking “Accept”, you consent to the use of ALL the cookies.
Cookie SettingsAccept
Manage consent